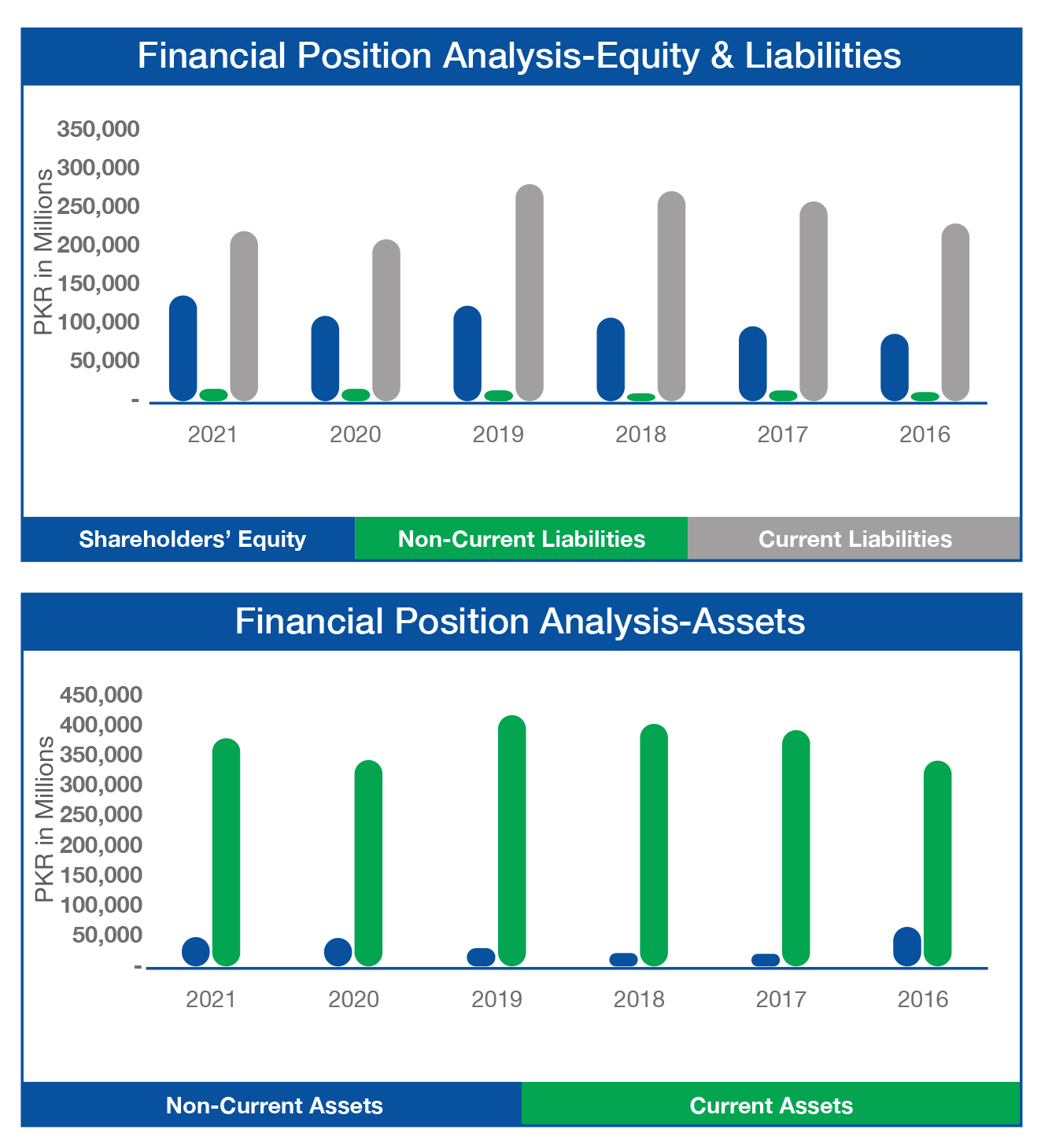 - Shareholders' equity increased by 23.8% primarily due to profit retained during the year.

- Non-current assets increased by 3.4% mainly due to additions in property, plant & equipment.

- Current assets increased by 11.8% primarily due to increase in stock in trade (mainly due to price variance) and trade debts which is partially offset by decline in other receivables, short term deposits and prepayments and cash and bank balances.

- Decrease in non-current liabilities by 1.8% mainly due to reduction in wharfage payable.

- Increase in current liabilities by 4.5% primarily due to increase in trade and other payables mainly on account of increase in cost of purchase which is partially offset by decline in short term borrowings and accrued interest / mark up.

In FY21, Company has reported profit after tax of Rs.29.14 bn. primarily on account of following elements:

- Increase in gross profit by 346.6% on account of higher sales volumes of white oil and black oil products due to rise in industry demand and focused sales strategies adopted by PSO. Gross profit also increased due to favourable pricing conditions on account of rise in international oil prices.

- Increase in other income by 80.5% due to receipt of higher LPS income and exchange gain on account of appreciation of PKR vs USD.

- Decline in finance cost by 23.7% mainly due to lower borrowing levels on account of recovery from power sector and increased white oil sales and lower average markup rates during the period vs. SPLY.

ANALYSIS OF VARIATION IN RESULTS REPORTED IN INTERIM REPORTS 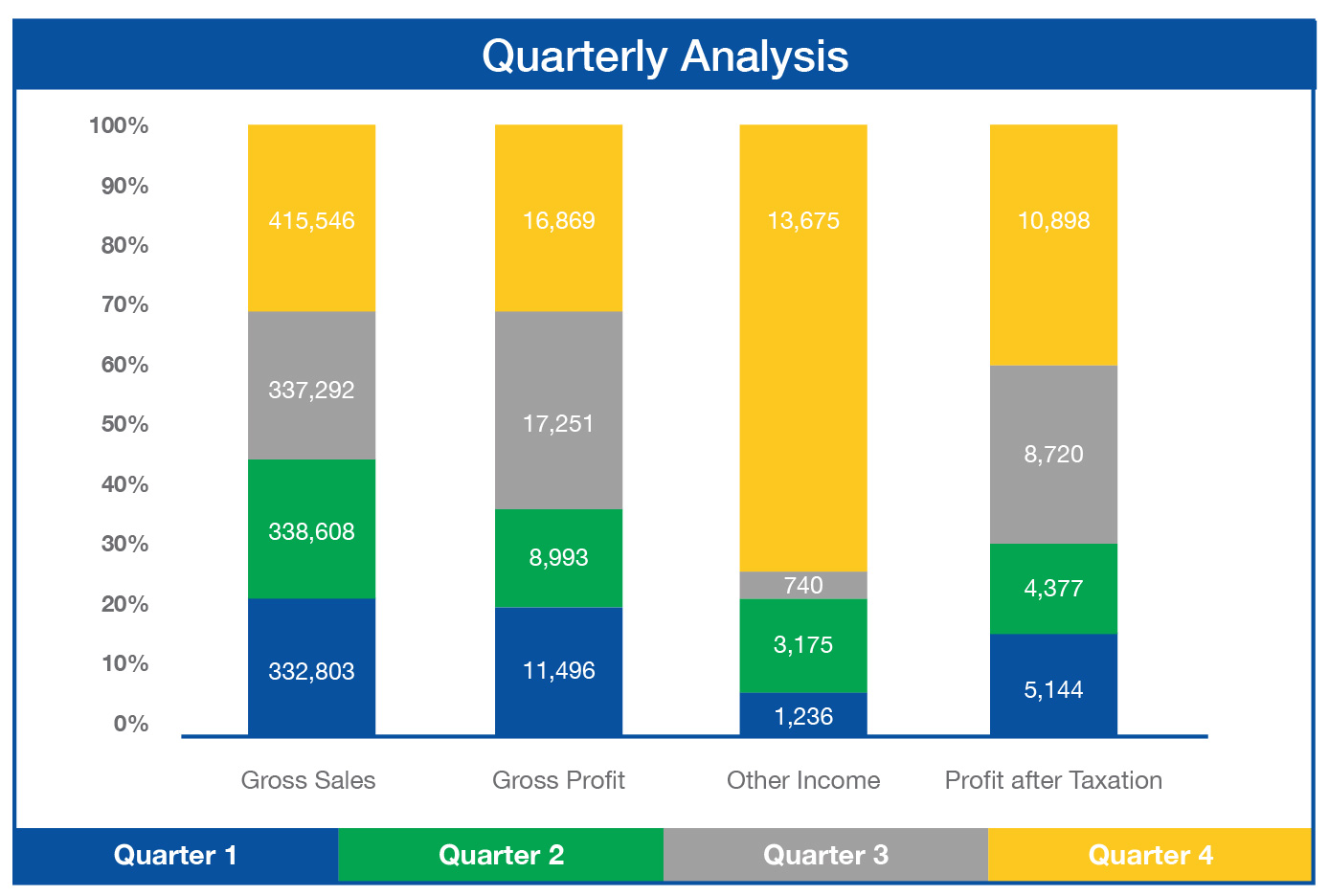 Gross sales were highest in 4th quarter due to rise in industry sales demand and focused sales strategies adopted by PSO.

Gross profit went down in 2nd quarter but it grew in 3rd and 4th quarter due to favourable price regime and higher sales volume.

Other income was highest in 4th quarter primarily due to significant receipt of late payment interest from power sector in that period.

Finance cost was low in the first half mainly due to lower average borrowing levels which increased in later part of the year.

The variation in cash flows as compared to FY2020 is due to the following:

In FY21, Cash flow from operating activities is positive, however, it has decreased as compared to FY20. The cash flows have decreased in FY21 primarily due to increase in stock in trade and trade debts which is partially offset by increase in trade and other payables.

In FY21, Cash outflow from investing activities has increased primarily due to additions in property, plant and equipment.

In FY21, Cash flow from financing activities is still negative primarily due to loans repaid during the year. 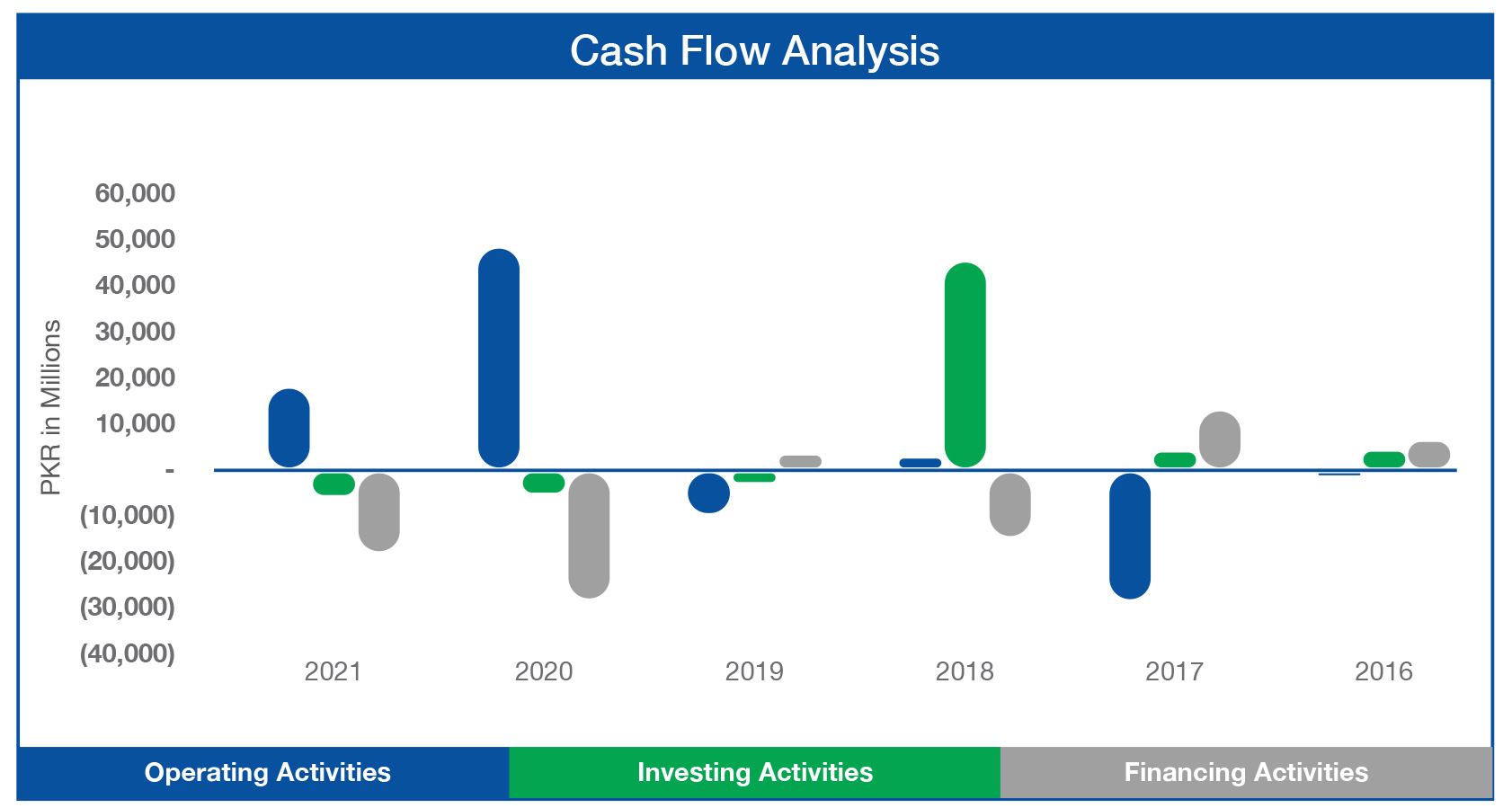